Don’t be discouraged by the look of disappointment you’ll receive from your parents when you tell them you’ve figured out what you want to do with your life; stand-up comedy is an optimal career choice for a twenty-something.

You get to work your own hours, be your own boss, drink beer while you work, and spend your weekdays on the couch and your weekends making people laugh. Realizing this at a young age, U.K. comedian Chris Turner has spent the majority of his 20s reaping the benefits of the bold career path.“I have a marvellous life,” Turner says. “Being a comedian is a wonderful lifestyle.”

According to Turner, the quickest route to comedic success is commitment. Yes, of course, you need to be funny. But, surprisingly, it isn’t the uproarious, overflowing-with-humour, makes-everyone-in-the-vicinity-piss-their-pants-all-the-time personality that determines success in the field. As long as you’ve got a natural sense of humour and an unwavering commitment to spending the majority of your weekends on comedy club stages, success is within reach. Turner, for one, spends most of his time doing administrative work and traveling, not writing jokes.

Turner’s career began in his early 20s. At the age of 21, his stand-up act at Cardiff’s Glee Club had already amassed more than a million YouTube views. His stage presence rivals that of a clinically apathetic DMV tollbooth jockey. His facial expression is more solemn than Kristen Stewart at an Amish funeral. He speaks in a series of cunning one-liners delivered with minimal energy—a refreshing break from a generation of flailing and spitting Dane Cook impersonators that sound and act like Dill from the ’90s cartoon Stickin’ Around. 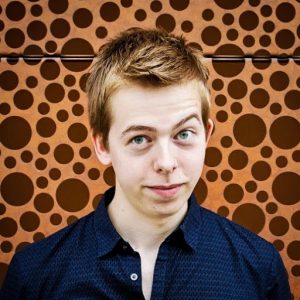 If you want to get into comedy, Turner advises that you take a few improv classes to test the waters. (Improv, in fact, was Turner’s introduction to the stage.) Because no one wants the embarrassment of performing a routine to a response of stale coughs and crickets—that’s the shit nightmares are made of. How do you shake the stage fright? Turner says that, if you’re funny, the important thing is to trust your own comedic judgement when developing a stand-up routine.

Aside from that, comedy is primarily about sacrifice: giving up evenings and weekends and missing parties to capitalize on prime-time gigging hours. The more shows you can cram into a year, the quicker your career will accelerate.

Becoming a successful comedian is also dependent on your definition of “success.” Only a small handful of comedians will ever rival the viewership of George Carlin or Louis CK, so, for most, being able to pay the bills with comedy is success. And that money doesn’t all have to come from the comedy club; local, small-scale gigs can be lucrative, too. “I make a lot of money just doing shows for businesses and award ceremonies,” Turner says. “The more of those I do, the more money I make, which means I have to do fewer horrible gigs that pay well—the drunk stag and hen parties.”

More than anything, a great comedian is able to challenge society and provide a more colourful lens through which to view the ordinary. Great comedy draws attention to universal oddities and eases the isolation of hardship through laughter. Great comedy is powerful. It makes you think and re-think. As Turner says, quoting a favourite song, “I wish to speak at an intimate decibel, with the precision of an infinite decimal. To send out and hear back a clear echo of something forever felt but never heard.”

For all the aspiring comics out there, here are Turner’s suggestions on how to make it in the biz:

How do you test out a joke before you get out on stage?

You don’t. You have to test it out on stage. If you think it’s funny, you have to trust your brain. There was something I tried out the other day that I thought was funny. The audience didn’t. And I mentioned that, and they laughed and went, “Ah, okay, that’s fine.” You gotta start somewhere.

What makes a great joke?

I read something recently about Mitch Hedberg being the prime example of ideas that change the way your brain sees things. For example, his joke about escalators never being out of order, they’re just temporarily stairs. That’s entertaining to me every time I see it. It’s that idea of expressing something that everyone is familiar with in a way that no one’s heard before. That is, in my mind, the perfect joke. I kind of want to work in these aphorisms. 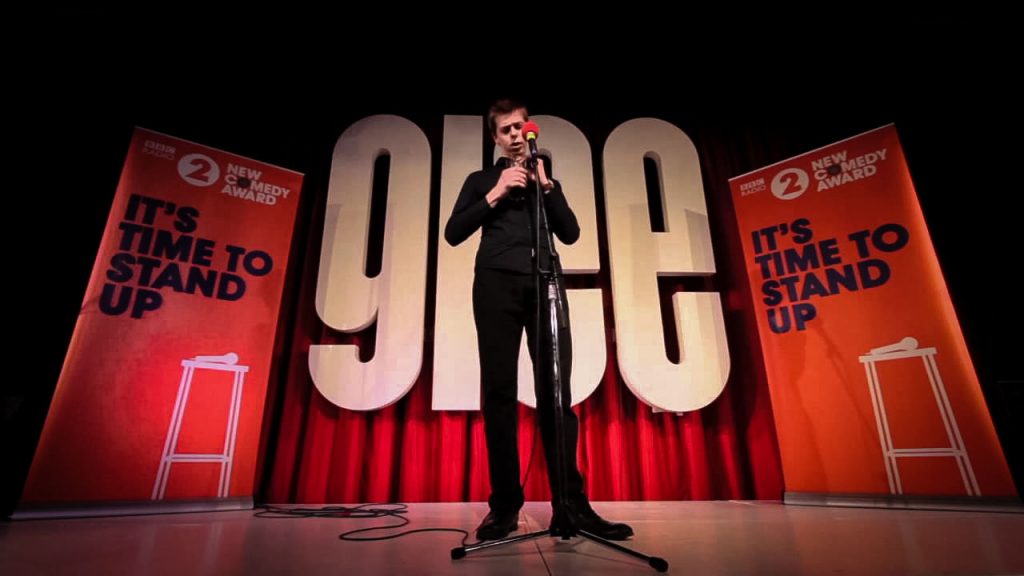 Not really. There are agencies that are. If you want to be on TV and accelerate at a very fast rate, you probably have to be willing to tell some jokes that aren’t yours, or get someone to write jokes for you, or form a style that you’re not really a fan of. I’ve got a friend who’s big over here, and he deserves it. One, because he’s really funny. Two, because he wants to be big. And three, because he’s made a lot of sacrifices. He dropped out of university to do comedy. He dropped everything to make it, and he did. So it’s not cut throat; it’s very meritocratic in a way.

Any advice for aspiring comedians?

Write a lot. That’s a given. But the main thing is you should be aware that it’s not just getting on stage and telling jokes. You have to re-structure commitments and life around it. You’re working in the evenings and weekends when all of your friends are free, so you won’t see your friends, and you’ll be a pain to your girlfriend. But for some reason, even though it makes no sense financially, you’ll still want to go tell jokes on tour because it’s a very powerful thing to make people laugh. And you should try not to feel comfortable with just making people laugh. You should strive to make people feel or think. Especially considering the sacrifices you’ll have made for it—which makes it sound all World War II-ish—don’t just piss it all away by doing something inconsequential and trite. Don’t be content with just a laugh. Be always working towards something a bit deeper, because that’s where the power of comedy is.

Original Article: Comedian Chris Turner: Your Parents Might Be Disappointed, But You’ll Get The Last Laugh

Public Schools Are Failing Our Children—Through the Eyes of a Homeschooler.

Let your voice be heard: Podcasting for the...

Respond To A 911 Call With Vitals

Inside the Industry with Model Robyn Francis

Dealing With the Workplace Bully

The Business of Healthcare: Medical School at Home...